1. According to IMTS 2010, monetary gold (as defined in BPM6) and issued banknotes and securities and coins in circulation are excluded from merchandise trade statistics.  In practice this means that Comtrade excludes everything under HS codes 7108.20 and 7118.90 due to their functions as legal tender (see definitions below).

3. Switzerland and Eurostat raised this issue and stated that it is incorrect to exclude the entire subheading 7118.90 from IMTS (especially for the gold coins in this subheading). They claimed – in line with the arguments given above – that those coins for which the metal value exceeds the face value should be considered a commodity and should be included in IMTS.[2] Switzerland currently includes parts of HS 7118.90 (specifically tariff codes 7118.9010 (gold/platinum coins) and 7118.9020 (silver coins)) in its trade statistics[3].

4. Therefore, Eurostat has outlined in its 2017 Supplement to the ITGS Compilers Guide that in order to determine whether or not coins fall under the scope of IMTS, it should be clear if, 1) coins are legal tender; 2) if they are in circulation, and 3) if they are a means of payment. Eurostat has further stated that, in the case of the gold and silver coins in question, because their value is disproportionally higher than their value as a currency (face value), this type of coin is not observed in everyday financial transactions, although they are legal tender. In addition, gold coins mainly produced as bullion coins for investors and as commemorative coins for collectors, while, in theory, are in circulation, but in practice are not used as means of payment, as the metal (gold) value exceeds the nominal value. Consequently, Eurostat’s 2017 Supplement to the ITGS Compilers Guide concludes that such coins are not classified as financial assets but as goods, under HS code 71189000 and should be considered as non-monetary gold.

BPM6 treatment of this issue

6. The IMF’s Monetary and Financial Statistics Manual and Compilation Guide further clarifies, stating that “commemorative coins and gold or precious metal coins, which are held for their numismatic and intrinsic value, are excluded from broad money as they are classified as nonfinancial assets rather than as financial assets.”[4] The only exception is when these coins “differ only slightly from the standard coins in circulation, are issued at or near their face value, are fungible with the standard coins in circulation, and for which the issuing authority has a liability to redeem them.” Such coins are then “included in broad money”.[5] However, according to the IMF, it is unlikely that someone would exchange those coins at their (much lower) face value and, therefore, they should be classified as nonfinancial assets, i.e., goods in BOP terminology.[6]

WCO’s opinion on classification on coins of legal tender

7. According to the WCO, all legal tender gold coins (including collectors’ coins) are part of 711890 (regardless how they are being traded/used). While there is no further legal definition for “coin” in the HS classification, there is some guidance in the Explanatory Note (EN) for heading 71.18.  The EN to heading 71.18 tells us that, in essence:

8. Furthermore, the coins in question having higher metal value than face value would not fall under subheading 7118.10.  Specifically, according to the Subheading Explanatory Note (SEN) for that code, the subheading includes:

(i)      coins which were legal tender but have been withdrawn from circulation, and

(ii)    coins struck in one country to be put into circulation in another country and at the time of crossing the frontier, they are not yet issued as legal tender by the competent authority.

9. So any other coin falling under subheading 7118.90 is considered legal tender. There are limited exceptions:

(a)    A “medal” and not a “coin” (even if “struck” in the same way as coins) would be classified as jewelry or such.  A “medal” is not going to be of the prescribed size or weight of an official coin.

(b)   If the coin is mounted in a brooch, tie-pins or other objects of personal adornment, it will be classified as jewelry or such.

(c)    Finally, if the coin is so battered or bent that it is only fit for re-melting or other recycling, it would go under the appropriate waste or scrap provision.

10. In conclusion, according to WCO rules, coins in 7118.90 are considered legal tender no matter their intrinsic value. But WCO has further commented that there is a possibility of requesting an amendment of HS code 7118.90 to split it in two: “for circulation” and “non-circulating legal tender” (defined below).

Types and terminology of legal tender

11. Further research on this topic points to the fact that there are two types of legal tender: for circulation and for collection (“non-circulating legal tender” (NCLT)). According to online source Wikipedia, “sometimes currency issues such as commemorative coins or transfer bills may be issued that are not intended for public circulation but are nonetheless legal tender…some countries issue precious-metal coins which have a currency value indicated on them which is far below the value of the metal the coin contains: these coins are known as ‘non-circulating legal tender’ or ‘NCLT’”.[7]

“All coins manufactured by the Mint are legal tender. However, unlike Canadian circulation coins, collector coins are non-circulating legal tender (NCLT). As such, these coins are not intended for daily commercial transactions and accepting them as payment or for redemption is at the discretion of businesses and financial institutions.

The Mint has a process in place to reimburse financial institutions the face value of redeemed NCLT coins, once they have accepted them from a customer and returned them to the Mint…As collector coins can only be redeemed at face value by businesses and financial institutions willing to accept them, it is recommended that individuals wishing to sell a collector coin first consult with a coin dealer, who is more likely to offer a price above face value.”[9]

13. The South Africa Krugerrands is used as legal tender under South African legislation, but does not have a specific value[10]. This was done to emphasize that the value of the Krugerrand is directly related to the prevailing value of its gold content. The Krugerrand is considered as the world’s first gold bullion coin with world-wide recognition. It is not normally used as collector coins where value id determined by their rarity and condition. 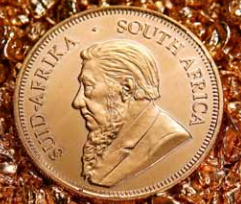 Is it possible to distinguish coins of non-circulating legal tender at Customs?

14.  According to the United States Mint,[11] uncirculated coins may have the following meanings:

Furthermore, at the United States Mint, the term uncirculated refers to the special coining process used to make the coin, which gives it a brilliant finish. Uncirculated coins are manufactured using the same process as circulating coins, but with quality enhancements such as slightly higher coining force, early strikes from dies, special cleaning after stamping, and special packaging. Uncirculated coins may vary to some degree because of blemishes, toning, or slight imperfections.

15. This unique type of manufacturing process and the quality enhancements may be visible and easily detected at Customs.

16. The United States separately identifies the Canadian Maple Leaf collectors’ coin in its national tariff-line trade data, as shown below in the U.S. extended HS nomenclature:

17. China Customs does separately identify the Chinese Gold Panda coin and confirms this coin is considered legal tender and is classified under HS 711890.  However, China Customs excludes it from trade statistics, as according to China Customs “the Chinese Gold Panda is designed and positioned as gold for investment [and so the] invoice value is based mainly on the gold value and the actual weight of gold it contains, which is much more expensive than its face value.[12]

18. In South Africa, the Krugerrand is considered as coins of legal tender and it is currently included in South Africa’s trade statistics under code 711890.[13]

19. In addition, the compilation practices on HS code 7118.90 may differ in exporting and importing countries. For example, if China excludes Chinese Gold Panda in their export statistics, but it is imported to Switzerland, it will be classified under tariff code 7118.9010 as gold coin, and it would be included Switzerland import statistics. This would contribute to bilateral trade asymmetry.

20. UNSD has collected more country practice from its decennial metadata survey on National Compilation and Dissemination Practices administered to every national statistical office in 2017.  The survey included a question on whether countries compile trade statistics in more detailed codes under HS sub-heading 7118.90. The result of survey shows that 1/3 of respondents have a further breakdown of codes under 7118.90 to record trade of coins (of legal tender) made from precious metals[14].

Taking note of the following factors:

-          Gold/silver coins of legal tender may or may not have face values. For example, the South Africa Krugerrands is used as legal tender, but does not have a specific face value. The value of the Krugerrand is directly related to the prevailing value of its gold content, see http://www.randrefinery.com/products_krugerrands.htm;

-          If coins of legal tender have a specific face value, the intrinsic values may or may not be higher than their face values;

-          NCDP 2017 survey shows that 1/3 of respondents having breakdown codes under 7118.90 to record trade of coins (of legal tender) made of precious metals, see question 7.05 at https://comtrade.un.org/survey/Reports/byQuestion;

We recommend and encourage countries to:

-          Create – if economically significant (similar with IMTS paras.1.3; 1.16; 1.26; 1.31-1.32; 1.34)   – a national breakdown of HS code 7118.90 at 8-digit level to distinguish between (1) coins of legal tender, which are made of gold or precious metals, which are “not in active circulation” and are held for their numismatic and intrinsic value, which are not classified as monetary gold and which may have an intrinsic value higher than their face value; and (2) other coins of legal tender;

-          Include in the aggregated levels of the IMTS trade statistics the value of trade in the 8-digit commodity code of “coins of legal tender, which are made of precious metals, which are 'not in active circulation', which are not classified as monetary gold and which have an intrinsic value higher than their face value”.